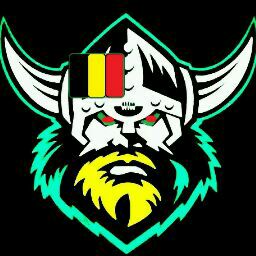 recomendation to everyone. No problems, enjoyd it very much

nice littly banner,,a must if your visiting Aachen for a nice reminder on your scanner

This Banner is a MUST DO for all tourist. The best thing about this banner is that 80% of banner is actually very calm places,,its only at Rubenshuis and the Meir (shopping street) that can be busy but thats normal. Easy to find missions because it will always be at the top of your screen but with prime is much easier now. Banner is very logical and take you to allot of historical places in Antwerp. Dont be foold if you walk pass some portals thats not on banner,,there is allot of new portals in Antwerp. Took me just over 3 hours with bicycle. But i did not field. I can highly reccoment this banner to everyone. Have fun.

do not do this banner with 8 or more agents at once,,,hihihi,,
Banner is wheelchair friendly.

Very nice looking banner photo. Firt 4,5 missions was very nice and logical but suddently the route change to unlogical and zig-zag,,but luckily the portals is not so far away from each other so it's not that big of a deal,,but some people will find it frustrating if you have to walk back but if you have already fielded everything there is nothing else to do but push your hack button,,a bit pointless. With a easy tweak of the last two missions (and i hope the owner will take this advise) this can be the perfect little banner to do in a very nice green park. After fixing last two missions this is a perfect 5 star banner.

Nice Banner to do. Hack your first 2 portals then turn right to restaurant and start from there and just follow route of Banner...allot of new portals in park. Thanks for nice Banner.

Just done the banner that i made under another faction years ago. I must admit there is some problems..but no major problems..i cannot fix it anymore and thats a pity. If you do not like walking banners DO NOT START WITH THIS ONE..but on bicycle-gress is highly recommended

nice liitle banner,,,nice scenery and look AWSOME on scanner. thanks to author.

although i do not like the picture of the banner at all,,my wife wanted to do it,,,pfff,,,but hey,,,alteast she is playing with me so i wont complain,,,hihi,,,,very nice banner around Big Ben and sarroundings and we have seen allot due to this banner. BUT,,,if i was the author i would have use a banner pic dipicting the place the banner went through,,,but that is just my personal gripe ,,,, very nice banner to do.

nice little quick banner,,,,although allot of waypoints the author made it so good you knew that if you pass a portal that you are sure it"s not on the banner so it was safe to hack it,,no problems,,,,was my first time in soho but not for my wife and she said due to this banner she saw allot of other stuff due to this gem,,,so we can recomment this banner.

Before taking the eurostar back home we quickly did this little gem. There was a couple of portals diffucult to hack if you do not know Kings cross that well. Afterwords we figured out were to go to hack the difficult portals. The banner was a little non logical but all in all nice to have done it and a little gem of a picture on your scanner.

nice little banner to visit Camden. Did it on a Sunday afternoon,,,road was busy but it was worth it.

You cannot visit camden without quickly doing this banner. Well done to the creator.

to begin its my own foult doing this banner,,,i"ve should have red the comments over here. Had i done it I would have not done this banner. What a disaster,,i think the person who made this banner does not know Hyde park and surroundings.

Hyde park is so beutifull and deserves a nice banner,,,this was not it.

I will say just avoid this banner.

Very good banner to do. If you just go to Oostende in the summer for the beach,,do this banner. You will see allot of other places, parks, monuments that you've never seen before.

BUT,,there is a problem with this banner at mission 10.2,,,,on the map you cannot see it and everything look fine but after you hack portal 10.2 in the far left side of the pier you have to hack portal 10.3 (PAALHOOFD) at the far right op the pier,,,1.3km just to hack and turn back 1.3km to hack portal 10.4,,,and then everything is good again,,,,so we actually had to walk 2.6km for 1 portal,,,very dissapointing but hopefully the owner of this banner wil read this review and fix it for the rest of the agents quickly,,,

For the rest there are no complaints but at the moment i can only recommend this portal for people that do not mind walking that extra 2.6km for 1 portal,,my personal opinion will be to wait for the owner to fix it,,after his update stating it above,,then go for it,,therefore i will only give a 2 star banner,,if it is fixed i will give it a 5 star for sure.

and another gripe,,the passfrases at the beginning of every mission was very easy but o boy,,,very irritating,,,but it just took a couple of seconds so no points lost there.

i highly recommend doing this banner to every agent out there. First off,,,free parking at the station where your banner starts and your last portal end at your car again,,,secondly,,,portals do follow each other very well. Some portals are very close by so for the novice banner hunters out there just make your screen as large as possible and you will be good,,,remember to have a few chs with you if you do banners,,,5 minutes are a long time in ingress time,,hihi,,,

personaly the banner picture does not appear to do it justice on your scanner,,i find it a pity,,but thats just personal,,,my wife like the picture very much,,so it's just personal.

For the rest,,,veryl good banner.

My first time in Bruges with my wife and we actually used this banner as a way to c ALL the tourist sites what was wonder full. We ended the banner at night so the scenery changed from beautiful to spectacular. Normally i'm not a great fan of way-points but as it was my first time in Bruges we really red almost all the way-points what was very nice,,,very nice banner Yunnaa and very nice picture,,please to not change the picture ;-)

A highly recommended banner for everyone especially if i'ts your first time in Bruges.

Thanks MamouneSilence for the nice banner. Easy straightforward and nice banner and recommended to everyone,,especially the novice ingresser.

Description text above translated in google:

Bruges is a city in Belgium, the center of the province of West Flanders. One of the most picturesque cities in Europe. The population is 117 172 people. The economic and cultural flourishing of Bruges is associated with the era of high tourism.

Very nice banner to do if you have just a half an hour or less or after finishing other banners and you feel your legs and do another short banner. I"m not a great fan of the picture but my wife wanted to do the banner and how can i refuse that then.

Very easy banner and will recommend it to everyone.

very easy banner to do what makes it great especially when you are in Bobbejaanland with your family. I did not link and just hacked the portals and had a great day with family without loosing touch with our day out due to ingress. I highly recommend this banner.

Did this banner by bicycle. Doing it by car isn't possible. Total distance was 31.31km on bike!. Of the 18 missions a only gave 2 a thumbs up. There is still allot of work to do with this banner to fix it but in the other comments I read the maker is planning to fix it (witch i fully recommend to do),and hopefully can make it a fun banner to do. At this moment i cannot recommend this banner yet what is a pity ,but on the bright side me and a friend had allot of fun doing this banner late at night when the streets and parks was empty.

Very easy and nice Banner to do. You can see the Owner of this Banner have allot of knowledge of Lier and that always shows in the way the logical outlay are done for a banner,,,,allot of brownie points. I will definitely recommend this banner for everyone. I did it by Bicycle on a very nice summer week day,,,had a very good time.

Big Thumbs up for the maker of this banner.

Fantastic banner to do!!! I'ts a fast banner to do due to the portal clusters. Easy banner to do. I highly recommend this banner to everyone. Thanks to creator for making The ADA and JARVIS banner.

Fantastic Banner to do!!!. I started with this Jarvis Banner and it ended at "the MAS" where you directy can start with "Ada" Banner,,,,,,wonderfull. The best thing is this banner stops at "Elis Burger",,,where we had a fantastic real burger to eat before we started with the Ada banner that more less stops again where this banner starts. Allot of brownie points for hydotherion for making this banner. I can really recomend this Banner to everyone.

Did this banner more than a year ago but under another faction and name and since then there has been a major update on this banner. I can now highly recommend this banner especially when you do this banner on a nice summers day by bicycle. Allot of nice green scenery an UPC.. Job well done.